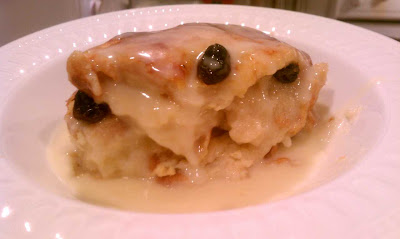 I’ve been craving comfort food all day, and I figured only bourbon would fix that or atleast a batch of bread pudding with warm, creamy, oooey, gooey, buttery, bourbon sauce.

It’s the kind of dessert you want to savor with a good book or in my case, red box DVD’s and plenty bourbon sauce to go around.

Note: Traditionally, bread pudding is made with stale bread, but if you don’t have day old bread in the pantry, you can toast up a batch so it’s dry enough to soak up the custard.


2.      *if you don’t have day old bread* Arrange the bread in a single layer on a baking sheet. Bake until crisp and brown, about 12 minutes, turning pieces over halfway through and rotating the baking sheet front to back. Let bread cool. Reduce oven temperature to 300 degrees F.


3.      Meanwhile let’s plump those raisins back up by covering with ½ cup of bourbon and heat in a small saucepan over medium-high heat until bourbon begins to simmer, about 5 minutes. Remove from heat and strain the mixture, placing the bourbon and raisins in separate bowls. (Reserve the bourbon for the sauce)


5.      Toss in the toasted bread until evenly coated. Let mixture sit until bread begins to absorb custard, about 30 minutes, tossing occasionally. If the majority of the bread is still hard when squeezed, soak for another 15 to 20 minutes.


6.      Pour half the bread mixture into the prepared baking dish, and sprinkle with half the raisins. Repeat with the remaining bread mixture and raisins. Cover the dish with foil, and bake for 45 minutes.


7.      Remove foil from pudding, and bake, uncovered, until custard is just set, 20 to 25 minutes. Increase oven temperature to 450 degrees F and bake until top of pudding forms golden crust, about 2 minutes.


1.      In a small bowl, whisk cornstarch and bourbon until well combined.
2.      Using a small saucepan over medium heat, heat the cream and sugar until the sugar dissolves.
3.      Whisk in cornstarch mixture, and bring to a boil. Reduce heat to low, & cook 3-5 minutes until or sauce thickens.
4.      Take the pan off the heat, and stir in salt, butter and the additional bourbon from the raisins. (extra bourbon optional of course)
5.      Drizzle warm sauce over bread pudding, sit back relax and enjoy

Email ThisBlogThis!Share to TwitterShare to FacebookShare to Pinterest
Labels: Dessert 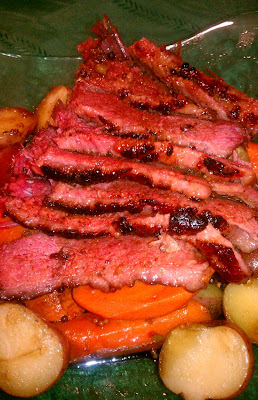 Want some rave reviews on your St. Patrick’s Day dinner this year?

Then try this Guinness Corned Beef recipe, this will be a favorite request every year. Of course you’ll earn all the bragging rights and I'm sure you won’t disagree J

And the added bonus is, its perfect in the crock pot, just toss everything in, set it and forget it.

Now you just have to figure out what to with all that extra time you have on your hands; maybe treat yourself to a glass of wine or a manicure. No one will know you really didn’t slave over the stove all day to prepare such a perfection. 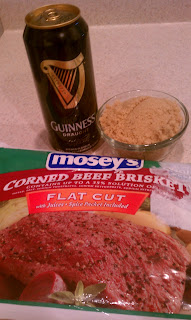 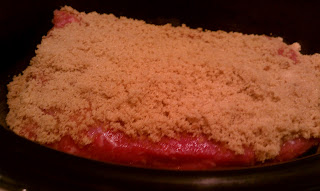 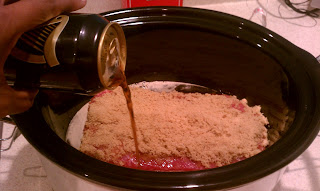 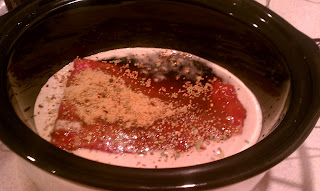 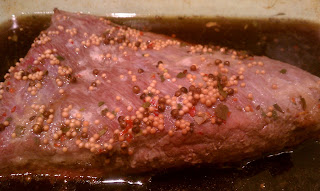 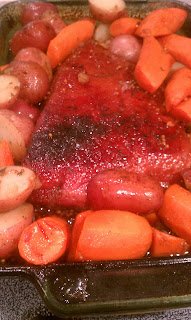 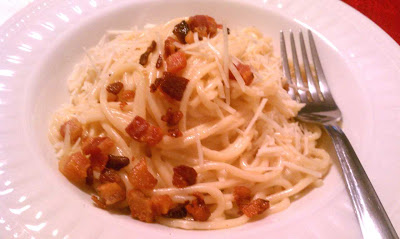 Carbonara is one of the simple Italian comfort dishes you can make any night of the week. Traditionally you would use pancetta but let's face it, that stuff can get pretty expensive so if you don’t have that in your pantry, a good piece of bacon can be used also. I use a little cream in my carbonara because I like the silky taste it gives, and I also use freshly ground pepper; which gives it that nice subtle kick to the senses, so that’s non-negotiable.

Note: Prepare the sauce while the pasta is cooking to ensure that the spaghetti will be hot and ready when the sauce is finished; it is very important that the pasta is hot when adding the egg mixture, so that the heat of the pasta cooks the raw eggs in the sauce.

Directions
Add In: you can easily make this dish your own by adding in mushrooms, sundried tomatoes and some red pepper flakes, cooked diced asparagus. 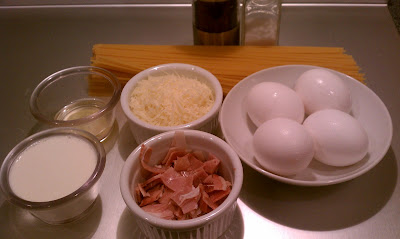 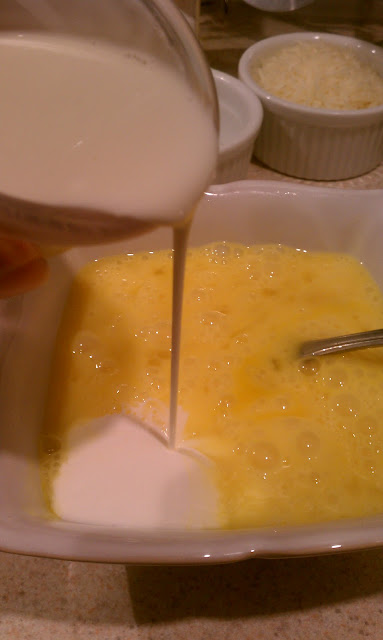 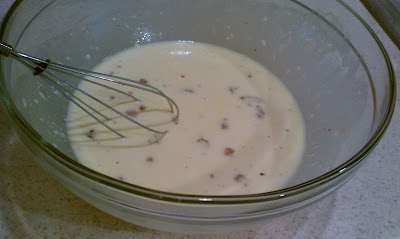 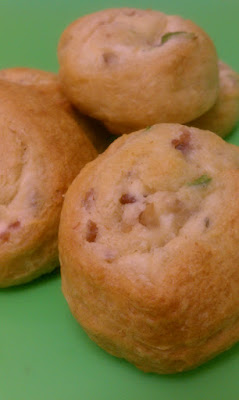 I always pick up a pack of crescent rolls when I grocery shop for those quick fix appetizer nights, but I never get the chance to use them up. Well today while surfing the refrigerator I found myself with 4 tubes of unopened, unused crescent rolls.

Hmmm, it’s past breakfast and brunch, so I decided to make pinwheels with a kick, it only takes a few ingredient and I already had everything on hand.

These are perfect little anytizers, a little pick me up that everyone will enjoy. You may want to double or tripe the batch because they wont last long once they leave the oven.

*note: if it seems difficult to slice, place log into the freezer for a few minutes to firm up, then remove, slice and bake 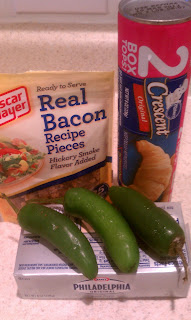 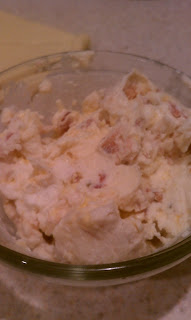 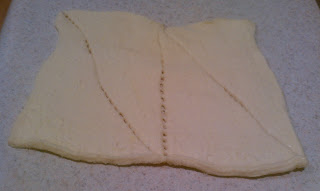 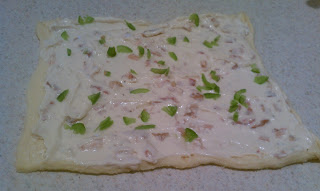 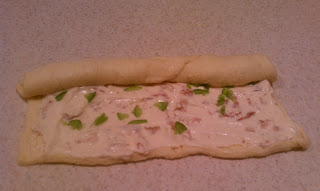 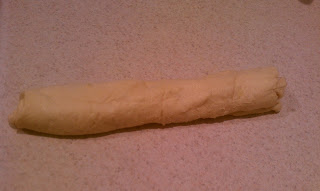 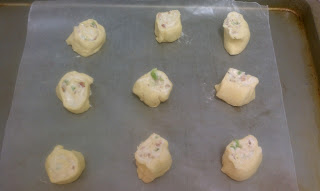 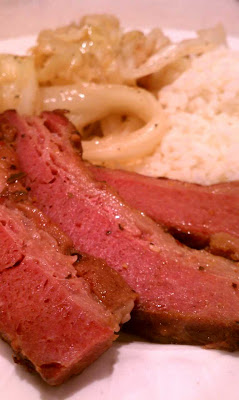 Since it’s officially close to St. Patrick’s Day, people are looking forward to lots of Irish Traditions, mostly green everything and of course Corn beef and Cabbage.

Since the early 1900s, Americans have embraced corn beef and cabbage as their meal of choice on St. Patrick’s Day, which is celebrated on March 17th.

Corned beef got its name before refrigeration, when meat was preserved using coarse grains of salt, called 'corning'. Today, beef is corned with spices strictly for flavor, not for preservation, so the meat must be refrigerated. Whether you're a wee bit Irish or not, boost your luck by celebrating St. Patrick's Day with friends and family Irish Style.

Luck of the Irish to Ya!

I grew up reading Either Dr. Suess, and now its my daughters favorite author and even though she has graduated from reading Dr. Suess books, she knows most of them by heart and is still her favorite reading book.

In honor of Dr. Suess Birthday that fell on March 2nd, I made Green Eggs and Ham. We got so carried away with the idea, I made 3 different various to appease the children

*If you are not comfortable with using food coloring, spinach juice works great also, without the spinach taste

*To make spinach juice: defrost frozen spinach and warm in the microwave, then using a cheese cloth, squeeze juice from the leaves (the kids wont even know the difference if you don’t tell them) J 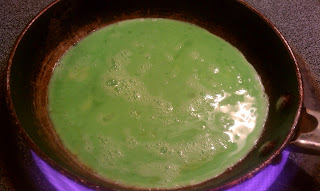 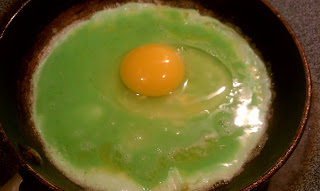 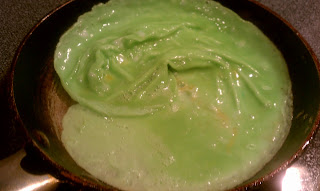 My daughter wanted to know if we cracked an egg onto the already colored egg,if it would change color.. there was only one way to find out :) 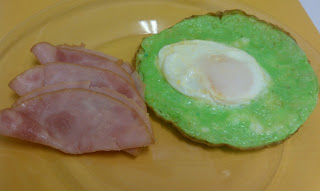 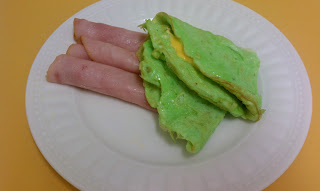 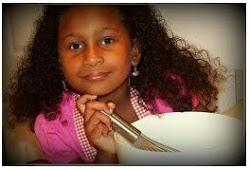